Developing models of real-world societal scenarios and systems is a key topic in the research agenda of social sciences, but is hindered by the lack of controlled experimentation with large groups of people. IBSEN will provide a breakthrough by building a repertoire of human behavior in large (1000+ persons) structured groups using controlled experiments.

To achieve our goal, we will develop a novel setup for large groups of people that will provide an experimental protocol, the necessary software, and analytical tools to allow us to deal with thousands of people at the same time. We will apply our setup to specific research questions, focusing on novel phenomenology that may arise in large systems as compared to typical smaller ones, to find the rules that govern human behavior in those cases, including the influence of social context and individual identity on them. We will assess our approach by building a model of human interaction in groups based on the behavioral rules we have found.

The project requires a highdegree of interdisciplinarity; accordingly, the team consists of physicists, economists, social psychologists, and computer scientists. On the other hand, this is a high-risk project, as the experimental design may prove unfeasible for really large systems and extracting meaningful data from the participants’ actions may not be possible. Notwithstanding, encouraging results in some pilot studies run by partners underpin the scientific feasibility of the concept and approach. If successful, researchers will be able to build on our findings to develop a human behavior simulator, a technology providing a basis for socio-economic simulations that would radically change many fields, from robotics to economics, with technological and societal impacts, including policy-making in socially pressing issues. We will thus lay the foundations to kick start a new way of doing social science for the problems arising in a technologically highly connected society.

This research is funded by a Horizon 2020 grant. The total grant amount is 2.6 million euro, with 400,000 euro earmarked for the UvA's Center for Nonlinear Dynamics in Economics and Finance (CeNDEF) and the Center for Research in Experimental Economics and Political Decision Making (CREED). The researchers involved are Cars Hommes, Joep Sonnemans, Cees Diks, Jan Tuinstra, Florian Wagener, Aljaz Ule, Marco van der Leij, Isabelle Salle, and Anita Kopanyi-Peuker. The duration of the project is three years, commencing 1 September 2015.

Horizon 2020 is a Europese Commission programme to stimulate European research and innovation. Horizon 2020 started 1 January 2014 and is the successor of the Seventh Framework Programme (FP7). 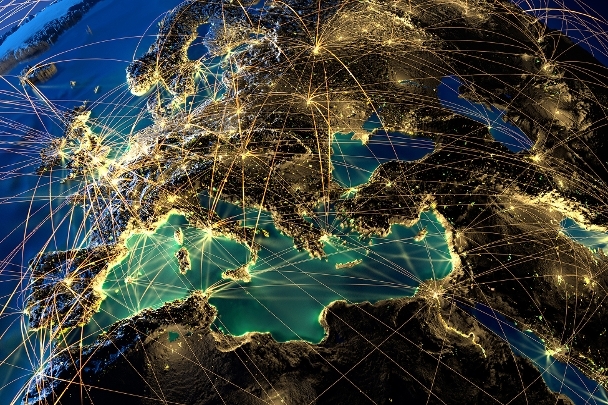 The UvA website uses cookies and similar technologies to ensure the basic functionality of the site and for statistical and optimisation purposes. It also uses cookies to display content such as YouTube videos and for marketing purposes. This last category consists of tracking cookies: these make it possible for your online behaviour to be tracked. You consent to this by clicking on Accept. Also read our Privacy statement

Cookies that make it possible to track visitors and show them personalised adverts. These are used by third-party advertisers to gather data about online behaviour. To watch Youtube videos you need to enable this category.